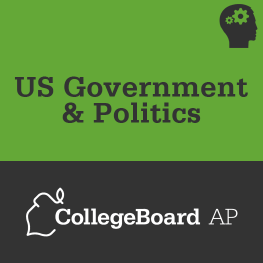 AP U.S. Government and Politics studies the operations and structure of the U.S. government and the behavior of the electorate and politicians. Students will gain the analytic perspective necessary to critically evaluate political data, hypotheses, concepts, opinions, and processes. Along the way, they’ll learn how to gather data about political behavior and develop their own
theoretical analysis of American politics. They’ll also build the skills they need to examine general propositions about government and politics, and to analyze the specific relationships between political, social, and economic institutions. The equivalent of an introductory college-level course, AP U.S. Government and Politics prepares students for the AP exam and for further study in
political science, law, education, business, and history.